WILL A DUI CONVICTION EFFECT COLLEGE ACCEPTANCE, MILITARY, OR OTHER JOB OPPORTUNITIES?

A Driving Under the Influence (DUI) conviction can have a devastating effect on a young person's career and reputation. By young person, I'm specifically referring to those between the ages of 18 to 25. Typically, those are high schoolers, college students, and young adults who are just now discovering themselves and becoming responsible adults. They are living their lives as those of that age do; going out with friends, partying, and enjoying all that life has to offer.

Unfortunately, many in that age group also haven't yet developed a fully established maturity level. When it comes to deciding whether to give up the keys and seek alternative transportation, the best choice is not always made. They also are much more likely to partake in other substances that will affect their ability to drive safely. Often, young people fail to comprehend how devastating and lasting the effects of having a DUI conviction can be. In my discussions with young people about this subject, I've found it effective to illustrate how such an event could impact their personal trajectory.

What follows are just some of the ways a DUI conviction can negatively affect the lives of young people:

College Acceptance – For those high school juniors and seniors completing college applications of course they can still get accepted to most colleges with a DUI conviction. But the likelihood of acceptance to the college of their choice depends on the specific college and major. The two primary factors are the overall prestige of the university and their acceptance rate. For example, Emory and Georgia Tech have the 1st and 2nd lowest acceptance in the state and require exceptionally high standards to be accepted. With stringent requirements such as these, it is unlikely one will be accepted with a DUI conviction. On the other hand, the University of Georgia, the largest in the state, has an acceptance rate of 49%. As long as the applicant is completely honest about the DUI when completing the misconduct section of their application, and they still meet all the other criteria, there may be a decent chance for admission. But of course, since they only accept half of applicants to begin with, and nearly all of them will most certainly not have a DUI conviction on their record, acceptance is by no means certain. If an applicant fails to disclose their DUI and it is later discovered, the student can be dismissed. It's also important to keep in mind that certain career fields that may be off limits such as nursing (a DUI conviction can prevent you from taking the NCLEX certification exam), pharmacy, dental hygienist, etc.

Current College Students – Every Georgia state college and university has a code of conduct that governs student behavior both on and off campus. Some have informal resolution procedures to deal with DUI charges, some have more formalized procedures, and some have a combination of both to deal with this specific issue depending on the circumstances. The bottom line is, there will be repercussions to deal with. Sanctions can range from simply being placed on probation, suspension, or even expulsion from the school. These consequences are in addition to the legal ramifications the individual will face in the jurisdiction in which they were arrested.

Young Professionals – Those that are just starting their professional careers can also be negatively impacted by a DUI. A career in the military probably won't be an option without a waiver and a critical skillset that is in high demand by the particular branch they apply to. For those that get a DUI while serving in the military it's a real blow to their career. Promotions will be much harder to come by and most active duty members end up just getting out when their time is up rather than try to make a career of it. There are also a whole host of federal agencies that will be off limits; the FBI, DEA, CIA, NSA and various other agencies that require a top-secret clearance. Finally, did I mention that it stays on an individual's record forever? There is no expungement of a DUI in Georgia.

[email protected]. You can also simply complete the contact form at www.theflemingfirm.com and submit it. Someone from our firm will reach out to you within 24 hours.

To achieve all that is possible, we must attempt the impossible. To be as much as we can be, we must dream of being more. Attorney Fleming is a solo practitioner and owner of The Fleming Firm. He is also a retired naval officer who took one of the more non-traditional routes to becoming an attor... 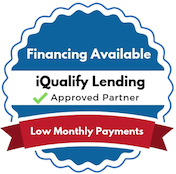